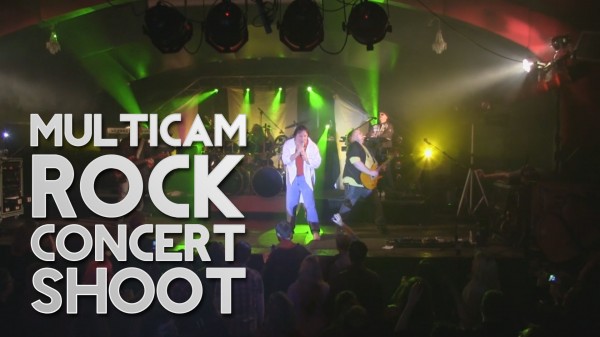 A year ago we were asked to shoot a multicam, high-energy rock concert for the band Separate Ways. Working within a no-budget scenario, I used what was available to me which was a Canon XA10, 2x Canon 5D MkIIs, Canon 60D and a GoPro. We also had my Kessler Pocket Jib and a DIY dolly. As I plotted out the shoot, I realized to get a the fast pacing that they wanted, we’d need more footage than we would get just from 4 or 5 cameras. This caused me to suggest recording the rehearsal. By doing this, we were able to go onstage and get closeup shots we wouldn’t have been able to get do during the live concert.

See our entire process in the video below along with the diagrams and final promo. 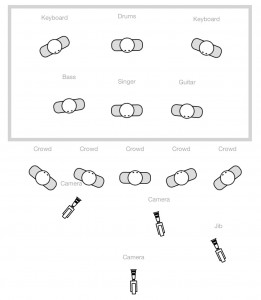 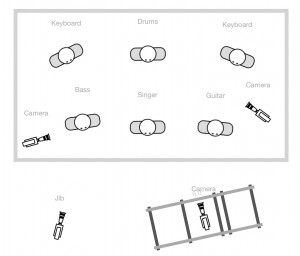 The Separate Ways Experience from Creative Edge Productions on Vimeo.