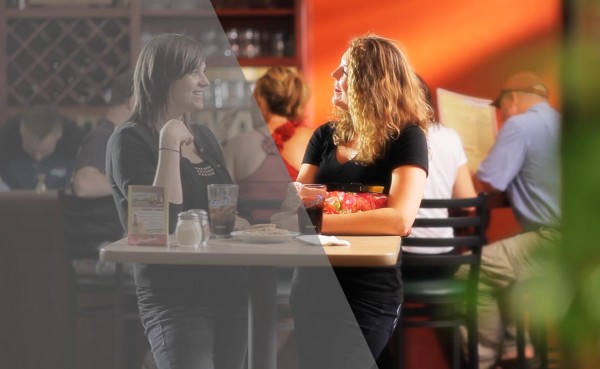 I remember when HDSLRs first came out. While the shallow DOF was great, it was their light efficiency that really seemed to change the way we approached video. You could now work in low light and natural light conditions like never before. Awesome! But this soon led some to the mentality that you no longer needed to light. Just flip on the lights of a room and start shooting, right? Well, not quite.

So this brought on the re-educating of a generation of film novices to understand the necessity of lighting and how much of a difference it makes. You see, lighting and music are perhaps the two most important and nearly subliminal tools in film to tell the audience how to feel. But more than that, without proper lighting, a film wouldn’t look like a film.

Before we continue, it’s important to note that lighting in film serves three primary and equally necessary roles:

Too many people think of lighting as the first role and forget or don’t even realize numbers 2 and 3.

We’ve started reaching the limit of low-light sensitivity. Cameras will get better at shooting in the dark, but eventually they won’t have to. 4K and 8K are fast approaching and have created a standard for resolution. So it seams one of the last frontiers of camera development is dynamic range. 12bit or 16bit RAW cameras that can shoot at 12+ stops of latitude are slowly starting to flood the market. And with the Blackmagic Cinema Camera soon to be in the eager hands of filmmakers, it seems like we’re starting to go through another season of people thinking they don’t need to light. I mean, why would you need to light with a camera that has a dynamic range of 12+ stops? And if you’re shooting RAW, you can just push and pull the footage wherever you need it in post.

Well the reason you still need to light is because of numbers 2 and 3 above. You can push and pull your footage all you want in post, but if you haven’t lit it properly, you’ll never get the results you want. You will end up with a flat image no matter now much contrast you add. And you may not end up with the mood that was needed for the scene.

Most skilled cinematographers will light a scene within about 5 stops. This means anything important in the scene that is needed to be visible was within a +/- 2.5 stop range. Anything beyond that could go to pure black or white. If you get into the habit of shooting this way, when you get to post, you’ll be able to put the footage where you want it. If you shot for 10+ stops and tried to keep all 10+ stops of latitude in your final grade, your footage will look super flat. That’s fine if that’s the mood you want, but if you want a normal look or a “punchier” look, as soon as you start adding contrast you’ll lose detail.

And frankly, one way or another you’ll be spending time to get the image where you want it. If you have a blown out window that you want detail from, you may be able to pull the information back into the image if you shot it in RAW, but you also may spend countless hours creating power windows and multiple color grades to get the footage where you want it. On the other hand, if you added ND filter to the window or brought the ambient exposure of the room up to match the window, you may spend much less time in post.

Don’t get me wrong…RAW is a great tool and something I look forward to shooting with someday. But it is by no means a “magic bullet” that will automatically make your footage cinematic. When you get back to the grade, your footage may look just as boring and lacking of emotion as if it was shot on a Canon T2i. On the other hand, a camera like the T2i could be made to shine by a cinematographer who knows how to light within the range of the camera and the scene.