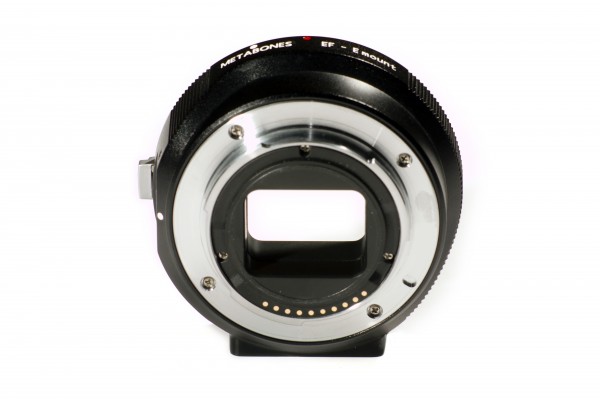 If you shoot on a Sony E-mount camera like the FS100, then one of the most frustrating parts is using Canon EF lenses. To date, there have only been options for “dumb adapters” which either require you to set your aperture with a separate Canon camera or with an iris wheel built into the adapter. Neither of these options give you the best performance or control of your lens.

Companies like Birger and MTF have announced smart adapters, but those have been plagued with high price tags and delays.

As if out of nowhere, a new company announced a smart adapter priced in the rather affordable range of $399. Metabones, who is selling through Conurus, has created this adapter to support many functions of the EF lenses including:

The only glaring feature the adapter misses is autofocus, though not a surprise and certainly not a deal breaker.

Demand is expected to be high, but you can go on their site and order now.