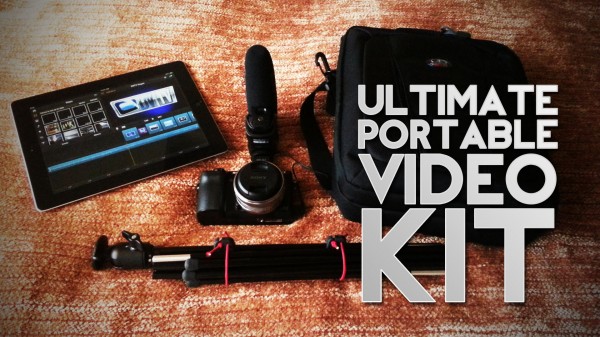 On our way to shoot our NAB 2013 coverage this year, we decided to shoot, edit and upload an entire episode of DVTV right out of one small camera bag. The Tamrac Zuma 32 bag has an amazing amount of space for your iPad or Macbook Air along with a small mirrorless camera. We used the Sony NEX-7 to shoot with and the iPad 3 to edit. While there were some compromises we had to make, such as no color grading and no lower thirds overlays, the episode turned out pretty well. Take a look at all the gear we used below.