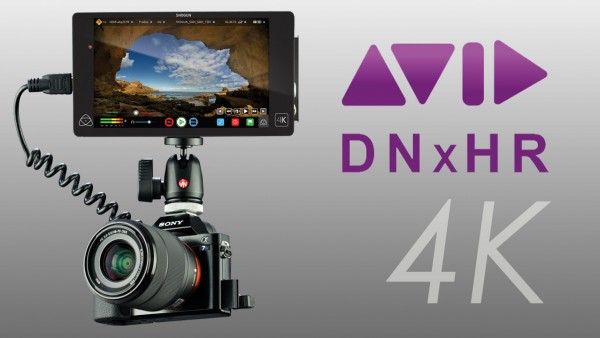 I’ve owned my Sony A7s for close to a year now. I preordered it shortly after NAB 2014 and snatched it up right when it became available. I quickly found it to be an excellent B-camera to my FS700. To unlock its full 4K potential, I also preordered and got in the Atomos Shogun. Although we don’t shoot 4K often, I still enjoy having the option to shoot to the higher resolution and also the various flavors of ProRes which match my FS700 with my Convergent Design Odyssey 7Q.

Recently Atomos released their 6.2 update which among other things added the ability to shoot to Avid DNxHD (for HD) and DNxHR (for 4K). One little mode I found curious in the DNxHR settings was DNxHR LB. The LB stands for Low Bandwith and I saw the shooting time on a 256GB SSD jump from 46 minutes to nearly 4 hours. Okay, you’ve caught my attention. 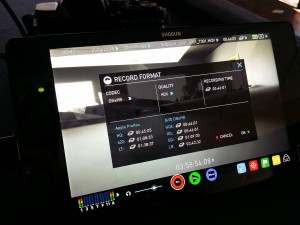 Typically you might ignore such a highly compressed version of a codec on your recorder, dismissing it as simply for proxies. However, the A7s only outputs 8 bit over the 4K HDMI signal. So is shooting to the 10 bit depth of DNxHR HQX or ProRes HQ/422 overkill? Let’s find out!

I tested HQX against LB since HQX is the only version of DNxHR that supports 10 bit. You can find all the bit rate info for DNxHD/HR here. First step, after shooting the footage, was to install the codecs for DNxHR. After some digging, we found the download link. With that installed, we were able to load the footage into Adobe Premiere.

I find the most challenging scenarios for most cameras are shadows and gradients. This is where you start to see compression, noise and banding. To test this, I shot two different scenarios. The first was motion blur. Having this much motion and gradient in the frame can overwhelm the codec and cause it to break. The second was a shadow gradient. Simply shooting a wall that had a very gradual tone change can also cause 8 bit codecs to break due to the lack of color information across 8 bits.

Click the following links to see the images in full 4K. 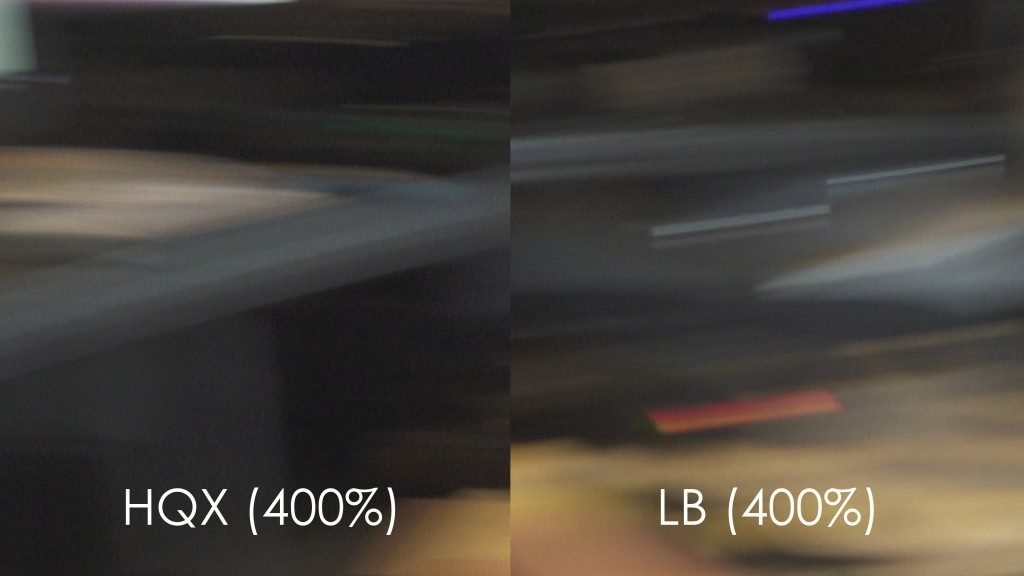 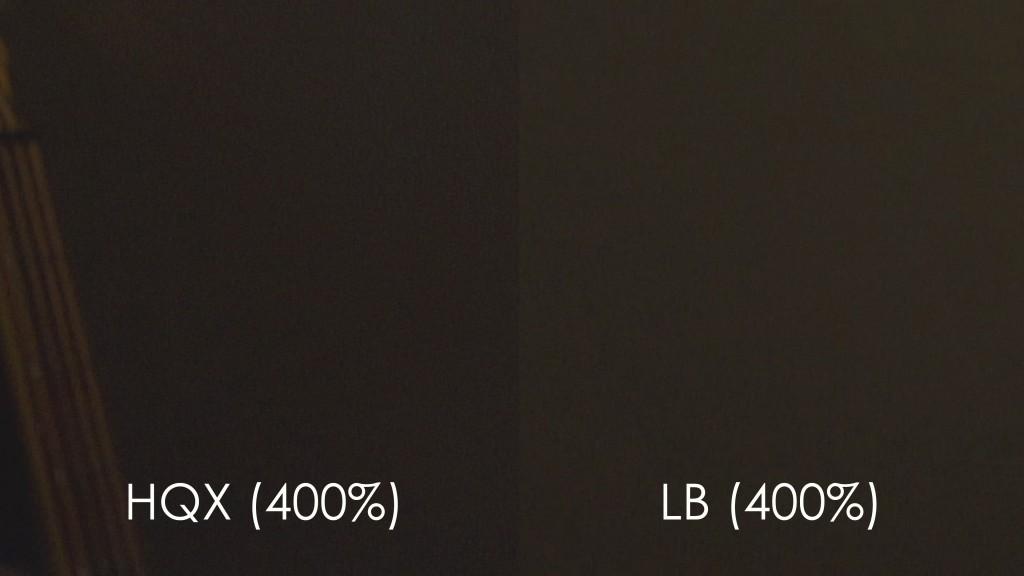 Although this isn’t exactly scientific, you can see the similarities and differences of the codecs. Across the board, HQX does better. There is less noticeable compression, banding and loss of information in the picture. The image is also much sharper in HQX which is important if you plan on cropping in or displaying in full 4K. But is it worth the nearly 5x space requirement? That’s really up to you. In an 8 bit environment, I feel that LB does remarkably well and may be perfect for most of my A7s shooting. LB looks very similar to most AVCHD footage I’ve worked with and seems to fall apart pretty close to the same point. So if you’re comfortable shooting something in AVCHD then you probably would be comfortable shooting it in DNxHR LB especially if you plan to downscale to HD in the end. If I’m doing something that I feel I may end up heavily grading or that I want the added security of the best possible image out of the camera, then I will probably go to HQX or ProRes HQ/422.

I will bring up the GH4 as a final comparison. The GH4 shoots to a 100 Mbps (12.5 MBps) bit rate internally. DNxHR LB is 18.26 MBps which is roughly 146 Mbps. Very similar in file sizes and quality. Of course the GH4 has the option to output 10 bit 4K if you get the added module.

For me, the A7s is still the perfect little camera for my needs. When I need high bit depth, I’ve got my FS700. But for gimbal work, low light shooting and other small-camera rigs, the A7s is a great tool. Having the option for higher compression in 4K is really handy and great for playing around with 4K without filling up my hard drive too fast.