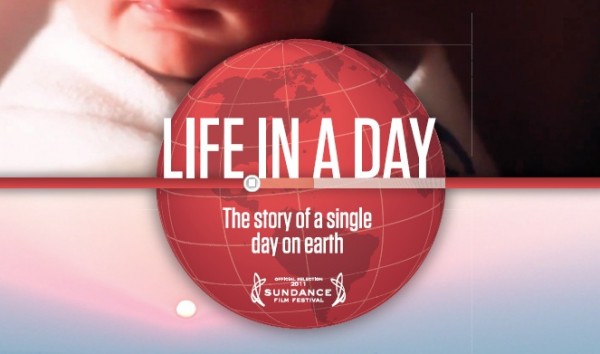 Life in a Day was a collaboration between Director Kevin Macdonald and Executive Producer Ridley Scott.  The idea was to have people on YouTube film their day on July 24th, 2010, and submit the footage to the film.  Originally they expected to receive around 10,000 videos, but in the end they received over 80,000 submissions.  Of those, 1,100 clips were chosen and edited for the film.

Tonight at 8pm EST, Life in a Day will premiere at the Sundance Film Festival.  You can stream it live on their YouTube page.