Is this the end of the HDSLR Revolution? 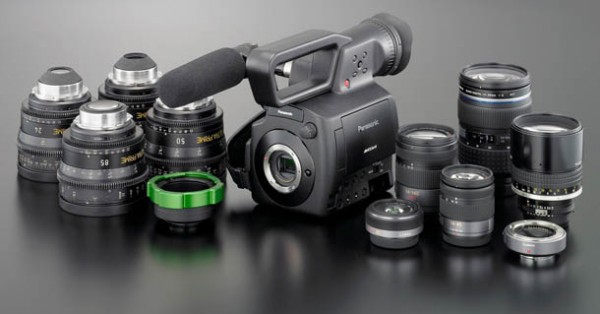 These phrases have been used in many articles talking about the upcoming Panasonic AF100. A lot of people are quick to latch on to the next great thing and throw away the frustrations of the past. While this is not a bad thing, I think some perspective is needed before we write off HDSLRs.

Is it a HDSLR killer?

HDSLRs were never intended to be video cameras. The video function was added as an after thought for photo journalists. When indie filmmakers started seeing the quality the HDSLR sensor put out, they jumped on board and so the “HDSLR Revolution” began.

I am thrilled that the demand for a large sensor video camera has finally caught the ear of major manufacturers and that Panasonic is the first to deliver us their version. Will I be buying one? Heck yeah! Will I be getting rid of my 5D MkII? Only when the 5D MkIII comes out!

As great as the AF100 may be, it can never “kill” the HDSLR. HDSLRs have a unique place in a cameraman’s arsenal and should be used as the proper tool, but not the perfect camera. Let’s go over a few of the advantages.

Size
As compact as the AF100 is, it can’t beat the size of a HDSLR. Hang it from your neck, stick it in your suitcase, or carry it around with your hand, they are small, lightweight, and have a familiar form factor.

Hybrid
The “H” in HDSLR stands for hybrid; a camera that shoots stills and video. The AF100 can shoot still frames in HD (1920×1080) but nowhere near the 21 megapixels of the 5D MkII. If you are out and need a stills and video camera, a HDSLR is still your best option.

Extremely Shallow DOF
As we talked about in our last article: There is Such a Thing as “Too Shallow”, the extremely shallow DOF look that HDSLRs give us isn’t really the “film look”. But it is a unique look that you can only accomplish with the massive sensor in HDSLRs. No matter how fast the glass is on your AF100, the 5D MkII will beat it when using the same glass. This can be useful when wanting that “HDSLR look”.

Because it will be your “I don’t have to worry about ____ anymore” camera. Let me explain. With the 5D, you had to worry about aliasing, moire, rolling shutter, recording audio separately, 12 minute record times, etc. With a camera like the AF100, those problems are gone.  It is, in fact, a true video camera.  Check out Philip Bloom’s tests with the AF100 to see how well it performs:

My HDSLR will always be a great tool in my kit. Once I get my AF100, it can go back to being what it was meant to be: a stills camera that shoots video. It will have its uses, but not as my primary camera. So maybe the “HDSLR Revolution” is over, but I believe HDSLRs are here to stay.