There is Such a Thing as “Too Shallow” 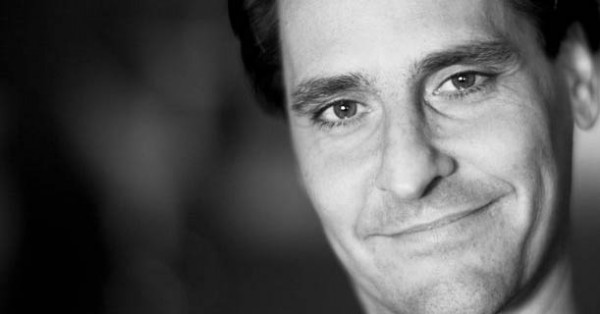 Indie filmmakers, commercial producers, music video creators, and hobbyists alike have longed to have the “film look” for their productions.  It started with 24 fps capture giving video the frame rate cadence of film.  Then came the 35mm adapter (DOF adapter) wave which allowed us to use SLR lenses on video cameras creating shallower DOF.  And then most recently we’ve been hit by the HDSLR revolution; finally allowing large format sensor video capture.

But the HDSLR revolution has brought on a new art form, one that isn’t like film.  Call it what you want, I’ll refer to it as the extreme shallow DOF look or the HDSLR look.  This comes from using large format sensors with very fast glass.  Put a 85mm f/1.2 on a Canon 5D MkII full frame sensor and wide open you’ll have maybe a few millimeters of focus.  Now I’m not saying this is bad, but it’s not the “film look”.  It’s a completely new look…the HDSLR look.

This look can be used to create incredibly artistic looking shots.  As Stu Maschwitz recently said:

With a 5D Mark II, its sensor double the size of a motion picture film frame, we can achieve cinematic focus at F4. We can get fetishistically shallow depth of field at F2.8. At F1.2, we can create abstract art in a Burger King.

I have enjoyed using this look to create unique and artistic footage as others have.  Just look at the work of Vincent Laforet, Philip Bloom and Shane Hurlbut to name a few.  But this is not the “film look”.

I recently did some headshots for an actor friend of mine.  I used my 5D MkII with a Zeiss 85mm f/1.4 at f/2.  See how in a medium wide shot, the background is completely out of focus?  While this makes for a very artistic shot, it’s not the “film look”. 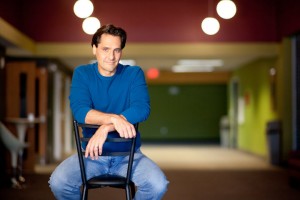 35mm film size is much smaller than the full frame sensor size in the 5D MkII.  Plus typically in film, they are shooting around f/4-f/5.6.  Those factors combine to have shallow DOF in close ups but have fairly wide DOF in medium and wide shots.  Here’s a comparison video showing the full frame sensor compared to 35mm compared to the upcoming AF100’s micro 4/3” sensor.

Does this mean the HDSLR look is bad?  No.  Like I said before, it has its own look and can be used for very artistic work.  But to replicate the “film look” you’ll need to take it down a notch.  Don’t be so spoiled by shallow DOF that it’s the only look you shoot with.  I’ve seen many videos shot with a lot of bokeh and no story.

I’m really excited about Panasonic’s upcoming AF100, but there are some people saying they want to wait for Canon to come out with a full frame sensor video camera.  While I would argue that Canon probably won’t be doing that for awhile, I would also argue and say that the AF100 is closer to the look of film than a full frame sensor camera would be.

Don’t be so shallow.