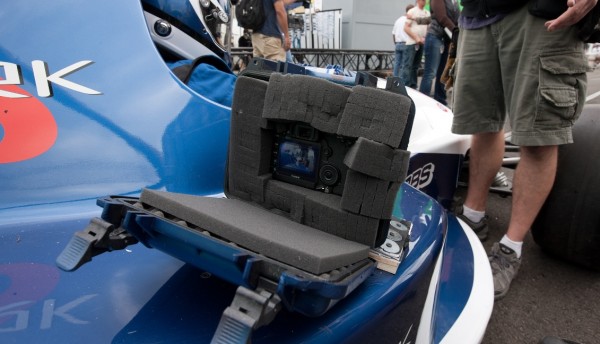 It was rumored that the production crew of Iron Man 2 used the 5D Mark II, but it isn’t until now that it has been confirmed.  It looks like the 5D was used as a crash cam for some of the driving stunts.

“Without a doubt, we couldn’t have gotten the shots any other way,” Libatique says. His comment refers to a scene in Iron Man 2 in which the titular character’s alter ego Tony Stark drives a race car in the Historic Monaco Grand Prix and is attacked by super-villain Ivan Vanko. Canon 5D Mark II Digital SLR’s served multiple roles in photographing this important sequence. One was to capture moving background plates on location in the famous European racing city; another was to provide crash-cam footage amid the scene’s high-speed auto race.”