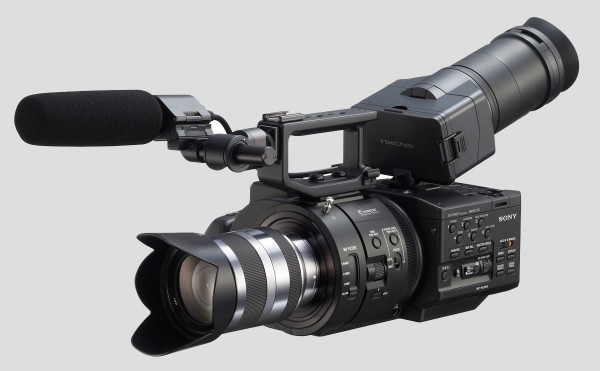 The FS700 has been announced…it’s official…our dreams are reality, but is it the perfect camera? It seems to have more features than anyone else, especially with an expected MSRP of under $10K. So is it the “perfect” camera? Here are some things that I feel could hold it back.

Perhaps the most important limitation of the FS100. For all it’s beautiful imagery, the FS100 fell apart in the highlights. Where as Canon HDSLRs had a smooth roll off, the FS100 tended to clip very quickly. Highlight issues are not uncommon (the C300 issue for example) but it is a clear flaw that holds some digital cameras from surpassing film. The highlight handling on certain cameras is quite nice, including REDs, the Sony F3 and Alexa. Those cameras are significantly higher costing, but if Sony is trying to “future proof” this camera (with all the 4K talk), how it handles its highlights will be a determining factor.

Speaking of the 4K future proof feature, a big question in everyone’s mind is: “When will it come out?” Last year Sony announced a firmware update to the FS100 which has been delayed by close to a month…probably to add some features from the FS700. That said, I am truly hoping that Sony will release the firmware update and recorders to support 4K acquisition sooner than later. Also, how much will it cost? Sony’s S-Log upgrade for the F3 cost over $3K…for a firmware upgrade. I wouldn’t be surprised if 4K on the FS700 cost a few thousand.

Along with the 4K talk was the ability to shoot “RAW”. There are multiple kinds of Raw and the word Raw gets thrown around in the wrong context quite often. Basic Raw capture is shooting at an uncompressed or lower compression than the native codec of the camera. True RAW capture doesn’t “bake in” any information to the footage and allows for maximum latitude in post. RED cameras are famous for shooting true RAW which makes them incredibly flexible in post. If you have any doubt, watch this video. Koo shot this on the RED Scarlet with no lighting. A HDSLR would have fallen apart in the highlights and shadows, but the RED footage allowed the post team to pull the highlights down and the shadows up to make it look like it was shot with $100K worth of lighting equipment. If the FS700 can shoot true RAW, it will have a huge edge on RED.

I could get super picky and complain about lack of on board high bit rate or lack of continuous shooting at high frame rates, but those are incredibly minor and most people won’t care. If Sony can resolve these three main points, the FS700 will be the camera of choice for practically any shooter.