The Good and Evil of Advertising 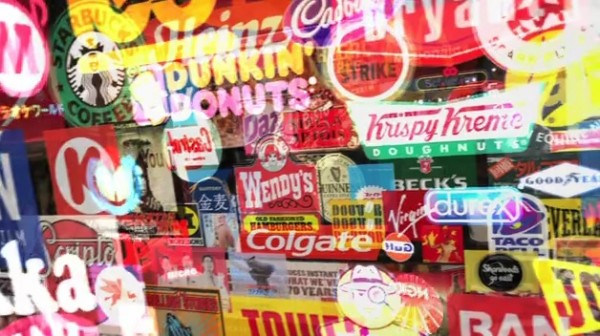 I have a friend who’s 3 year old son loves to play the drums on Rock Band.  He plays it whenever his dad will let him…he even plays it without the drum, just a few sticks and a table top.  One day as the family was finishing up eating, the son asked if he could go play on the drums.  His dad said sure and asked if the son wanted the TV on to play.  He said no, that he just wanted to play with the drum kit.  So off he went to the living room and started pounding away.  A few minutes later, my friend’s phone went off with an email from Microsoft.  He opened it to see a purchase of $49.99 for Halo Reach had just been confirmed.  To his surprise, his son had turned on the Xbox with the wireless drum kit and had managed to purchase a game through one of the new Xbox Dashboard game ads…all with the TV turned off.

Advertisements.  Love ’em or hate ’em, they are everywhere.  But when will it go too far?  Has it already?

As owner of a production company which creates television, print, radio, etc. advertisements for businesses, I can’t think too negatively on advertising as a whole.  Even this website and our YouTube videos wouldn’t be possible without Google Ads and our sponsors.

Take Google. Is their biggest source of revenue product sales, software licensing, or research and development?  Nope, it comes from ads.  In fact their services we use daily like Gmail, Google Maps, Voice, Android, etc. wouldn’t exist without the revenue from Google Ads.

Advertisements allow things that would usually cost a great deal of money to the end user, to become free.  Whether it be television, radio, websites, apps, etc.  Think about the last free concert you went to…was there a giant banner for some large business hanging above the band? It also allows things you enjoy to be cheaper.  Magazines don’t make all their money off of subscriptions but also off of the ads in between your favorite articles.

Advertising also provides a new form of income for the makers of creative content.  In the past, an artist would have to cross his fingers that his painting/recording/film/etc. would be seen and purchased by his audience.  Today, as long as he has an audience, he can generate revenue from ads or sponsors.  More and more people are freed up to allow their creativity to run unhindered because there are ways for them to make money that don’t involve the direct sale of a product.

When advertising is done correctly, it can be a beautiful thing.  One of the things I try to instill in every client I work with is how to advertise properly.  Using emotionally driven advertisements in an effective way.  I ask them two questions to get started: How would you explain to a potential customer the advantages of choosing your business either over a competitor or over nothing at all?  How would you get a potential customer excited about buying from you? …Once we have that, then how can we distill that emotion into 30 or 60 seconds.  This of course involves many factors that I won’t get in to right now.

The problem arises when advertising goes too far and oversaturates the media it is linked to.  A good ad tells you how you will feel if you purchase a product or service and opens up your mind to a new possibility.  But some ads go too far, instead making the audience feel entitled to that product/service.  “You deserve it”, “You’re worth it”, “You need this”… This has created a generation of consumers who can’t see past the “next best thing” and that owning it is almost a human right.  It also has created a generation of desensitized, over stimulated minds.  The only way to reach them is to shove more images and information into their face, hoping that they will remember it for more than ten seconds.

I was in Vegas this past weekend and enjoyed the sites and attractions.  Of course that came with thousands of ads in my face, but I was prepared for that.  But what surprised me was seeing a few guys walking down the sidewalk at night, each with a lighted billboard strapped to their back.  Have we honestly come to the point where people will start renting out space on their bodies to advertisers?

Maybe this video sums it up best:

This video is a theoretical example of where augmented reality could go some day. Sure enough, we see an implementation of advertising that boggles the mind. Unfortunately, that very well could be our future if we let it.

So will advertising take over everything or reach a point of implosion and reset itself?  Leave a comment or Tweet with your thoughts.