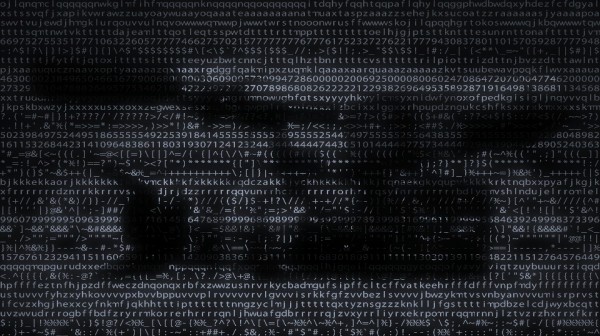 H.264, RAW, uncompressed, 4K, bit rate, color space… Chances are you’ve seen all these terms and many more listed in the specs of various cameras and on the pages of flaming debates on numerous forums. The truth is, the codec that your camera shoots to will be either its Achilles’ heel or its saving grace. It will either limit your shooting style and color grade or open up a world of options. My goal with this article is not to explain what all the terms mean, but rather discuss what you should be most concerned with as a shooter.

Never before in the history of video have codecs been as hot a discussion topic then during the HDSLR revolution. We were given cameras that produced a beautiful image but were incredibly limiting. Banding, clipping highlights/shadows and transcoding headaches were just a few of the frustrations we pushed through.

As new large sensor video cameras came out, a gap opened up between certain cameras. For example, Sony gave F3 shooters their robust 35Mb/s XDCAM codec with the option to record sLog 3G444 in a 10 bit 220Mb/s file size. With the FS100, the same sensor was given to the camera, but sLog was not an option and the codec was limited to an AVCHD 24Mb/s. While many screamed at Sony for doing this, those who shot on the camera soon realized that, for it being such a compressed codec, Sony managed to cram a lot of data into it. Though it wouldn’t compete directly with the F3’s sLog footage, the FS100’s AVCHD was perhaps the most robust version of the codec to date.

RED finally dropped the Scarlet on the laps of eager filmmakers. Priced to compete directly with Sony’s F3 and Canon’s C300, many shooters were excited when they heard the camera would be available for around $10,000. Well that was until you added in accessories, memory cards, added storage, etc. For example, if you shot to AVCHD on a $30 Class 10 16GB SD card, you would get about 80 minutes of record time. If you shot on the Scarlet, a 128GB REDMAG which would run you $1250 might give you around a hour+ record time depending on which version of REDCODE you are shooting to. I have eight Class 10 16GB SD cards in my FS700 kit; cost me under $200 for all of them…I’ll let you do the math on how much eight REDMAGs would cost.

Jump ahead to NAB 2012 where Black Magic Design came out of nowhere to announce their Black Magic Cinema Camera. A camera that promised 2.5K RAW acquisition for under $3,000. Wow, it felt like the HDSLR revolution again but now with a proper codec. Who could ask for more?

RAW and uncompressed workflows are certainly appealing. They offer a huge amount of flexibility in multiple areas. When lighting, you can be a bit more lax in the highlights and shadows. In green/blue screen work you can be confident in a cleaner key. In color grading you can push the image much further. Sounds great right? Well there’s just one tiny thing we forgot to mention. RAW and uncompressed files are HUGE! A lot of shooters forget to factor in where they are going to put all this great footage when making a purchasing decision.

Before we go any further into that, we need to go back to some basic computer terminology: bits vs. bytes. For those who don’t remember, the bit is the basic building block of all computer code. 8 bits equal 1 byte which is the smallest amount of recordable data. To separate the two, we have the small “b” for bit and large “B” for byte. Bytes are what you usually measure data storage with. That was a 100MB file…it’s a 16GB memory card…etc.

When cameras list their bit rate, they are in fact listing in bits. It’s important to realize that 24Mb/s IS NOT 24MB/s. In fact, 24Mb/s is 3MB/s. This is very important when calculating hard drive space.

So now that we have that covered, let’s compare two popular codecs: 8 bit 4:2:0 24Mb/s AVCHD vs. 10 bit 4:2:2 220Mb/s ProRes HQ. Let’s say that you just purchased the Sony FS100 and you are planning on shooting your first film with it. You have the option to shoot to the native AVCHD codec or get an external recorder and shoot to ProRes. The short film will end up being ten minutes and during the filming process you will acquire about three hours of footage

Your temptation may be to record the best possible quality “just in case”. However, if you tested the FS100 in advance, you might find that the improvement you got from ProRes may be minimal at best. So if you shot that in your hard drive friendly AVCHD codec, you would have roughly 30GB of footage. Jump over to the ProRes version and you would have upwards of 275GB of footage. Now you can see how RAW and uncompressed codecs can quickly chew up your hard drive space. Not only that, but archiving becomes and equally difficult process. With your 30GB of AVCHD files, you could easily burn a Blu-ray or two and be set. At 275GB of footage, you would need either multiple Blu-rays, a dedicated hard drive or tape based backups.

Now I’m not saying that better codecs should be dismissed. You just need to make the decision of whether the benefits of those codecs warrant the giant file sizes. For the average shooter, they may never need anything better than AVCHD. On the other hand, a better codec may end up being vital for many of your productions. In fact, certain codecs are required for broadcast television. For example, the BBC demands a minimum of a 50Mb/s codec, something that is not available in AVCHD.

If none of those come close to a yes, then you may not need a super high end codec. The key is testing your camera and see where it works great and where it falls apart. Where do you notice banding, loss of shadow detail, highlights clipping, color bias, etc. and learn how to eliminate or avoid them. In the hands of a skilled shooter who lights right, composes correctly and is in tune with his instrument, he can make any camera shine.