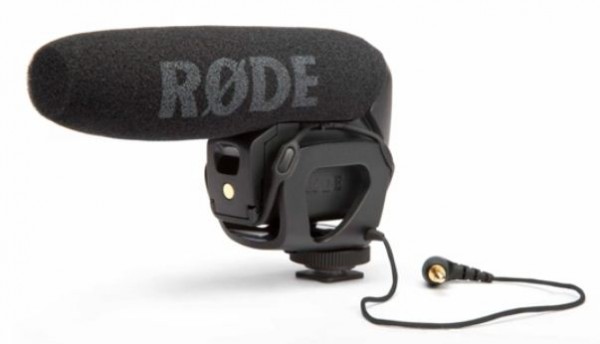 The Rode Videomic is one of the post popular microphones for small consumer cameras and video DSLRs that have only a 1/8″ jack.  It provides great quality sound with a relatively small footprint.

Now Rode has announced a new version of their popular mic, the Rode Videomic Pro.  This new mic is promised to have improved sound and added features while fitting in a smaller form factor.

Pricing and availability haven’t been announced, but B&H has the Videomic Pro listed at $229.

Find out more info on the new Rode Videomic Pro on their site.