Do You Want to Make Movies or Money? 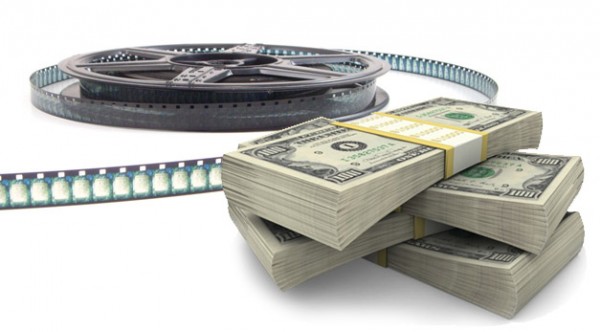 “I want to be a filmmaker!”

A phrase that is scattered across countless forums, YouTube comments, Tweets and emails.  Whether the desire stemmed from a film that inspired your creativity, or you had a story in your mind and wanted to see it in real life, or perhaps you picked up a camera and discovered you knew how to move people, the passion for filmmaking is in the hearts of millions of people across the globe.  This passion has created a massive niche market that 20+ years ago barely existed.  This of course is the indie film market.  This market has produced equipment for everyone from the teenager shooting on a T3i to the small production company shooting on a RED One.  With so much great, affordable equipment out there, amazing stories are being told everyday.

The problem arises when you step away from the hobby of filmmaking and decide you want to make money with video.  This changes everything.  A strange decision is presented to you, which goes something like this:

What does this mean?

Well, the short and indie film markets are not a very lucrative business.  Ask anyone who has worked on an indie film and they will tell you they did it for the passion of film, not the money.  The main ways to get an audience for your movie is film festivals, YouTube, and other social media.  Unless you are Freddie Wong, chances are you won’t be making much cash off of any of those options.

So how can I make money?

Filmmaking is only a small facet of video production.  The larger markets include:

These are where people make their carriers in video.  A guy who needs a multi-cam concert shoot will usually pay a lot more than a guy who has a short film script.  Now the concert may not be as “fun” as shooting the short film, but it will pay better.

I started off wanting to shoot films, and fell in love with the art of lighting, lensing and shooting.  I built camera rigs and purchased more and more gear.  I quickly discovered that I wasn’t going to make any of my money back shooting short films.  If I wanted to make a profit in video production, I needed to learn produce content that clients would want.  So I focused more on becoming a good commercial shooter than a good filmmaker.

Take a look at my most recent demo reel:

It’s nothing too fancy.  Lots of nice lighting, a few narrative shots, some interviews, etc.  I don’t expect it to win any awards or get passed around on Twitter from sheer amazement.  What I do know is that the clients I work with want the kind of videos I make.  That is how I make a living at this.

I also get comments from people who think my work sucks compared to the greats like Philip Bloom, Vincent Laforet and Shane Hurlbut.  To that I say “Thanks for mentioning me in the same sentence as them!”  As I’ve said before, I don’t expect my work to blow anyone’s mind.  In fact, highly stylized, original video work is a lot riskier to most clients and may turn them off.  Clients who are interested in video are only interested in hiring you if you can make a video that they want.  The way they know this is if you already have done that.  Building a good portfolio and doing a few spec spots might be a great starting point if you are interested in turning this from a hobby into a carrier.

If you are someone who doesn’t want to do video production independently but rather is looking to get a job in the field, it is important to realize that very few companies are interested in doing “on the job” training.  If you think you can shoot a few home videos and get a job with a production company and they will teach you the rest…chances are you will be job hunting for a long time.  You need to show your value to a potential employer especially in today’s job market.

If you are having trouble deciding what gear to purchase, again decide if this is a career investment or hobby purchase.  I’ve seen comments on some of our videos of people complaining about the cost of good gear.  “Do it yourself and save” is their answer…and I completely agree with that.  If you are a small time filmmaker who is doing this as a hobby, a $1000 camera rig is way overkill.  But if you are like me and you do this for a living, that rig may be one of the best investments you can make.  Having gear that works every time is very important, especially when you are charging a client a lot of money.  Plus, you might not get hired again if you show up on set with a bunch of PVC pipes and plywood.

So does that mean I can never make movies?

Not at all.  I still get together with friends and shoot shorts for fun.  Filmmaking is a lot of fun, but it would never pay my bills.  By day I’m a mild mannered video producer and by night I’m a vigilante filmmaker.