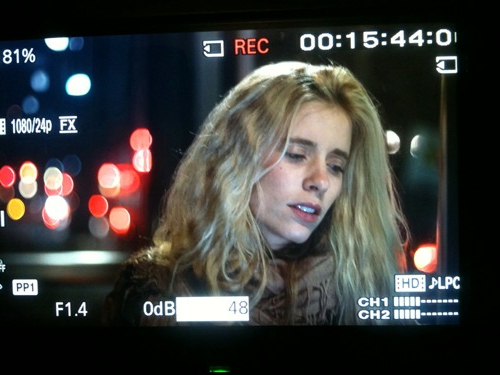 Sony announced a handful of details earlier this month about their upcoming NXCAM which is rumored to be called the FS-100.  Den Lennie teased this week that he shooting on a new prototype camera from Sony, most likely the FS-100 due to the flip up LCD screen.  Since Sony is waiting till NAB to let the full “cat out of the bag” no pictures of the body were allowed, but Den has been posting pictures on his Twitter account showing how the camera has been performing.