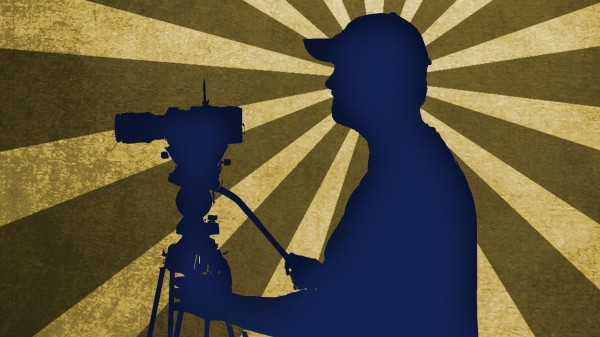 Please excuse me as I rant on for a little bit. I uploaded a video yesterday about Adobe Creative Cloud which has received some very harsh and derogatory comments. Several of the comments got me thinking about the current mentality of many “no-budget” filmmakers. While I know that these aren’t the views of everyone, I still feel like sharing my responses in a general blog post. So…here we go…

When I started getting involved in video six years ago, the world was a bit different. There was very little YouTube/blog/forum content out there. I had to piece together scraps of education since I wasn’t able to go to school for it. I started out with a JVC miniDV camera I bought off of ebay for $26. As I started investing in more equipment, I bought an HV20/30 and a DOF adapter rig. At the time, there were no rigs designed for consumer level cameras. Everything I used was a modification from its original purpose. The rig was designed for larger pro cameras…the monitor was designed for car dashboards…the battery pack off-the-shelf for basic electronics.

Fast forward to the HDSLR Revolution and everything changed. Not having to combine a camera, DOF adapter, lenses and a giant rig of accessories made costs drop for new filmmakers. And when small-time manufacturers started seeing the surge of low-budget filmmakers purchasing HDSLRs, they started making gear aimed at those users.

One problem this created was a sense of “entitlement” among some novice, no-budget filmmakers. Everything should be cheap and anything that cost money was a “rip-off”. A $3000 jib? Rip-off. A $2000 monitor? Rip-off. A $800 light? Rip-off. And so it continued. In fact, when Canon was getting ready to announce their first professional, large-sensor video camera, there were a large number of people who expected the price to be under $4000. When the C300 was announced at several times that price point, some people were enraged thinking Canon had abandoned the low-budget filmmaker. That was of course never the target market with the C300 which has enjoyed positive reviews and sales since its release.

Even recently, with the 5D MkIII Magic Lantern hack to shoot RAW, those no-budget filmmakers can’t see the justification in spending extra for something better. The 5D MkIII hack is great, but what if you want to shoot higher frame rates? Or have a more reliable recording system? An example might be the FS700 and Odyssey 7Q combo which will probably go for over $15,000 when it’s all said and done. So even though a camera setup like the 5D MkIII & RAW hack might get you 70-80% there, that extra few percent is a major price jump.

So is it worth it? Are any professional tools worth the price of admission?

Pricing is all about recouping costs of research and development, supply and demand, and being competitive while still making a profit. No intelligent company can afford to overprice their product very long. But target markets vary dramatically in price points even though they often overlap in consumer bases. A 5D MkII while designed for photographers appeals to filmmakers. But who is the target market? This is the most important question any consumer should ask before they get their feathers in a ruffle about the financial decisions of a company. Ever notice how consumer products tend to have more “easy-to-use” features than professionals do? A $100 point-and-shoot camera can do color effects right in the camera while a $50,000 Hasselblad can’t. Why? Cause the target market for the PaS wants that and the target market for the Hasselblad would rather do it in post themselves.

Software is a huge gray area when it comes to this topic. With the ability to torrent a lot of the popular software out there, this entitlement mentality continues along at a frighting rate. In fact, I promise you there are people complaining about Adobe’s change to Creative Cloud that have never paid for a single copy of Adobe software ever. Others have purchased a cheap copy of CS4 on ebay and have used that for several years. If you asked a video game manufacturer if they consider used games buyers a customer, they would say no. Only the people who pay full price for a game off the shelf right when it is released is a true customer (and subsequently a target market) in their mind. The push is going further and further towards not being able to purchase used video games (i.e. digital licenses) and I’m sure many software manufacturers would prefer it if used software was not available to anyone (App Store anyone?). Adobe seems to be the first to make the move in a big way. We’ll have to see how their target market (the professional) adopts this format in the long run.

One comment on yesterday’s video really got me thinking. They wrote:

Just because we’re not pros doesn’t mean we don’t use what the “pro” versions of the software offer. What are you suggesting Tony? That the former Creative Suite was exclusively used by pros?

In a way, yes. Not that Adobe CS was used exclusively by pros but that it was targeted towards pros. The price and features demonstrated that. Just because some things are cheap doesn’t mean everything will be. And to be honest, the “no-budget” filmmaker is nobody’s target market, save a few small rig or camera accessory manufacturers. Everything is aimed at someone who has a budget…small or large. Filmmakers who want to have access to professional tools need to be willing to pay the price, otherwise they need to be willing to work with more budget friendly options. Whether it’s gear or software, the rule is the same.

I know most of my readers don’t fall in this category but this was a rant that I needed to get out of my system. Thanks for your time.