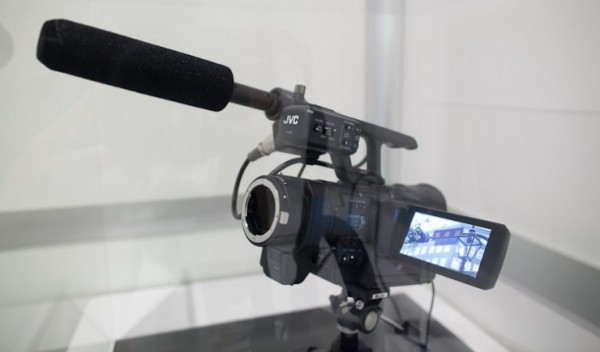 CES isn’t known for major camera announcements, yet JVC has managed to catch everyone’s attention with their 4K handheld camcorder. Most filmmakers dismissed it due to its lack of interchangeable lenses. However, it looks like we may have spoken too quickly. JVC showed off a prototype concept version of their 4K camera which has a larger sensor and Nikon F mount. Rumors are floating around that it may be priced around $10K, though that is purely speculation.