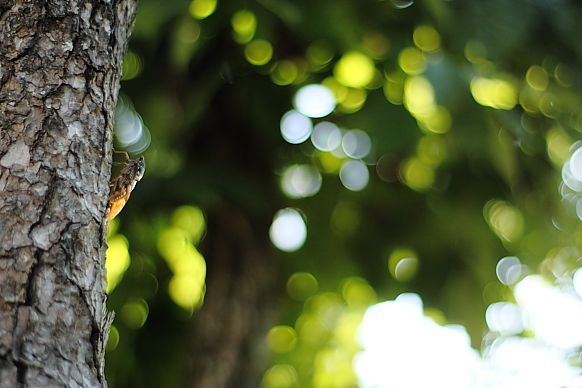 Maybe I should get that on a shirt.  Regardless, it’s very much the truth.  Bokeh is a wonderful thing.  It allows for greater artistic freedom. It’s a story telling tool. It’s an altogether beautiful thing. Now for people unfamiliar with the term, let’s do what everyone else does…go to Wikipedia.

In photography, bokeh is the blur, or the aesthetic quality of the blur, in out-of-focus areas of an image, or “the way the lens renders out-of-focus points of light.” Differences in lens aberrations and aperture shape cause some lens designs to blur the image in a way that is pleasing to the eye, while others produce blurring that is unpleasant or distracting— “good” or “bad” bokeh, respectively. Bokeh occurs for parts of the scene that lie outside the depth of field. Photographers sometimes deliberately use a shallow focus technique to create images with prominent out-of-focus regions.

Bokeh is often most visible around small background highlights, such as specular reflections and light sources, which is why it often associated with such areas. However, bokeh is not limited to highlights, as blur occurs in all out-of-focus regions of the image.

Now that we’ve defined it, let’s talk about it.  People seem to love shallow depth of field…or “lots o’ bokeh!”  This is why DOF (35mm) adapters were created and why HD-DSLRs are so popular.  What causes bokeh?  Many factors, but the two main ones are large sensors and fast lenses.  The lower the f-stop, the shallower the depth of field.  (Telephoto lenses also create shallower depth of field, but then you are dealing with a different focal length so we won’t discuss that.) 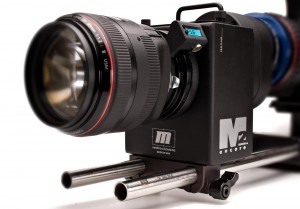 Depth of Field adapters use SLR lenses projected on a ground glass element which then the camera records the video image of.  It’s kind of like a rear projection TV.  The image is projected on a screen which your eyes then see.

DOF adapter technology isn’t that old, but as it progressed and new models came out, better image quality was achieved.  Then Nikon released their D90 and Canon released their 5D MkII which turned the indie film market on it’s head.  Now we could record to a sensor right from the lens…no adapter!

The problem is, DSLR video technology is in its infancy and it produces a video file that has a lot of problems.  Aliasing, rolling shutter, moire…just to name a few.  But dang if it ain’t purdy! Along with many other people, I’ve found that if you know the limitations of the DSLR and have the patience to work around them, you can end up with a really beautiful video image.

On the other hand, there are several people who say, “I’d rather have my DOF adapter!”  Which got me thinking, “Is their any other aesthetic difference between a DSLR and a DOF adapter besides the low light advantages of the DSLR?”  I started looking at footage from my old XH-A1/Redrock M2 rig and compared it to my new Canon 5D MkII and notice a major difference…

When compared to my 5D, the bokeh on my DOF rig was…how do I put it…mushy?  It basically looked like someone took the background of my image into Photoshop and slapped Gaussian blur on it.  Now that isn’t horrible…especially considering how much money and time I spent to get that shallow DOF on my rig.  But I noticed how much more pleasing the bokeh was on my 5D.

I couldn’t be certain right away that my findings were the norm…especially since I was using cheaper glass on my old DOF rig.  So I went on to Vimeo and did some searching.  I came across footage from a EX1/Letus rig and footage from a Canon 5D which both were using Zeiss glass.  Many would argue that the EX1 is one of the best cameras to use for a DOF rig so I knew I was getting good footage.  Here are two screen shots from the videos (click on image to enlarge): 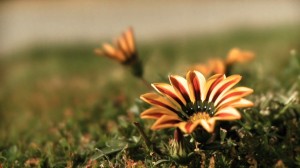 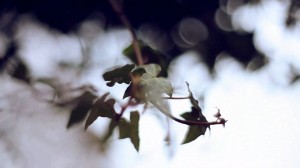 Now I’ve heard some people say they like the softer image that a DOF adapter produces, and that’s fine.  The biggest influence in the art of cinematography is personal taste.  But I personally love the look of the “straight to camera” capture DSLRs provide.

And to that, I say I’m forever spoiled by my HD-DSLR.