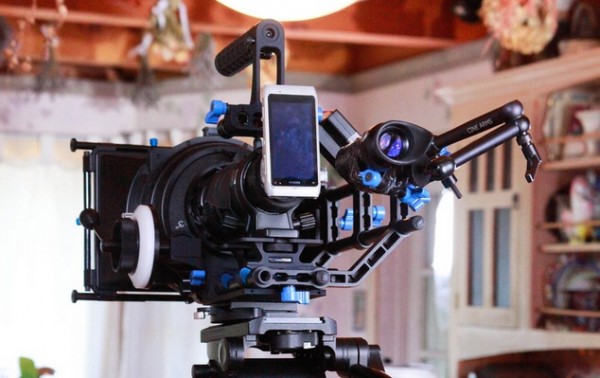 “Olive” is the story of a young girl who transforms the lives of three people without ever saying a word. The filmmakers behind the project decided to break a few rules by shooting the film 100% on the Nokia N8 cellphone.

The goal now is to be the first film to not only be shot on a cell phone, but to also be the first independently financed feature film on 2,000+ theaters across the United States without the backing of a major studio.

The team fabricated a custom made 35mm depth of field adapter to allow the use of different lenses. The film’s budget of $500,000 was financed independently of any corporation.