Why a DSLR Won’t Make You a Good Filmmaker 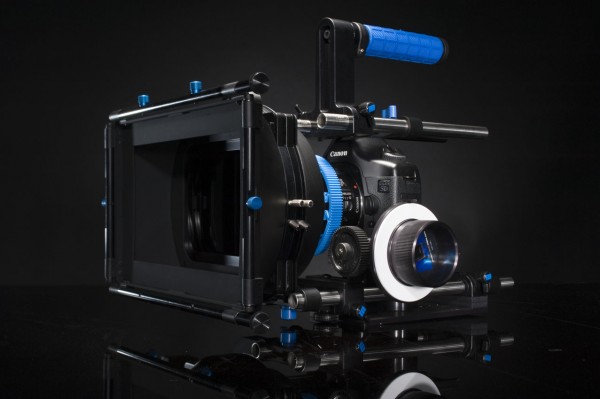 After the class was over, I thought to myself, “If I can do that with photos, I wonder what I could do with video.”

So I went on ebay not knowing anything and bought a cheap JVC miniDV camcorder. It had a broken LCD screen but the viewfinder still worked. But it only cost $27. I found a rusty aluminum tripod in my buddy’s attic and we were off. We made a short video (that I won’t show you so you won’t loose all respect for me) and had a great time. But when I was done I looked at it and said, “Why doesn’t this look like the movies?”

Living in Green Bay, Wisconsin doesn’t give you a ton of options for learning film. So I started looking around online and bought my first HD camera. It was a Sony HC3 and served me well. But always being one for upgrading, I looked to see if there were any accessories I could get for it. I came across the Canon HV20 and saw all these adapters and rigs being added to this tiny camera. I wondered why no one was doing that to my HC3 and slowly discovered the importance of 24p and manual control. I bought an HV20 and built my first DOF rig. 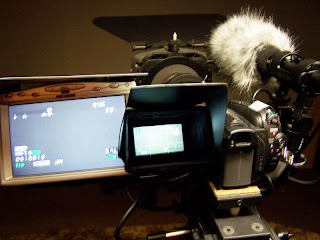 I’ll admit that I was bitten by the DOF bug. “Forget learning lighting, composition, blocking, etc……As long as it has shallow DOF then you’re golden!” I became one of the people I now roll my eyes at. But I soon discovered that shallow DOF is by its self, very shallow. 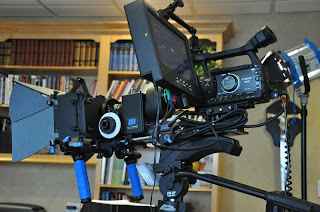 I did a few productions but was always frustrated at the size of the rig. There were times I wished I could just go out and shoot for the day, but I didn’t feel like hauling my huge Pelican case across town. I used it for paying gigs, but not much creative work. 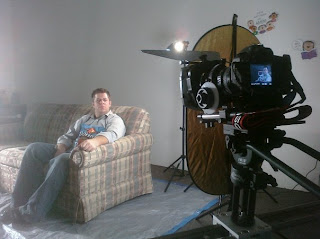 Now I told you all that to get to my point which is that simply buying a DSLR won’t make you a good filmmaker…for the same reason none of my other equipment by itself made me a good filmmaker. Having shallow DOF isn’t some magic fairy dust that you sprinkle over video footage to make it good. There are so many other factors to it. You need to understand every facet of the art form. And if you don’t know it all, surround yourself with people who can compliment your talents. Work off of each other and learn from one another. I can light a scene pretty darn well but I couldn’t write a script to save my life. And forget having me be your sound guy.

On the other side, there are a lot of DSLR haters out there. They complain because it has moiré, rolling shutter, aliasing, etc. that it shouldn’t be used for productions. But then I started talking to other DP friends of mine. DPs who are paid professionals with years of experience in digital and film productions (one of which makes about $40K a week). I asked them what they use, and you know what it was?

At the end of the day, you are an artist and your camera is your tool. It’s not the tool that makes the image, it’s the artist. No matter how many limitations a tool has, a skilled artist can still make something beautiful with it.

You wouldn’t yell at this person for using Paint and say, “You should be using Photoshop! You’ll have higher resolution and better tools for editing.” Instead you would applaud their ingenuity and creativity.

I want to embrace the possibilities of new technology and go out and create something fun and exciting. I don’t want to sit back and nitpick while I wait for the technology to be perfected. I may screw up along the way, but at least I’m trying!